The Sketchbook - A Confession

I have been working on and off, on my sketchbook for the 2nd year of participating in the Art House Co-op Sketchbook Project Tour 2012.

My sketchbook was not going as well as I would have liked.


Then it took a different turn - it became Yoshi's story.

Now, I've decided, I do not want to part with it!

I think the sketchbook project is a great thing - and I was proud to participate in it last year.
And, it's certainly not that I think my original art is too good to be included - quite the opposite!!LOL There are some extremely talented illustrators and artists participating this time around!! I don't know how they can part with their works of art!!!

Overall, on the tour, my first sketchbook was only seen by people who actually knew it was there. It kind of got lost in the thousands (literally) of books in the tour. I am proud to have it there - that was the first time I had ever attempted anything like that.


And, since, I am not the most prolific artist out there - I decided I really like these original preliminary "yoshis" too much to let them go!!!

Having procrastinated  on what the book should have in it, until the last month or so, helped me in that decision - but mostly, it was, I like my sketches too much!!! I hope that doesn't sound vain- I am just attached!!!LOL

So, I guess Art House can consider my entry fee a donation- 'cause I am keeping the "yoshis", to work on at my leisure!!

Here are a few of them - just beginning - done with pencil and watercolor pencils, some will be finished in Pigma pens. 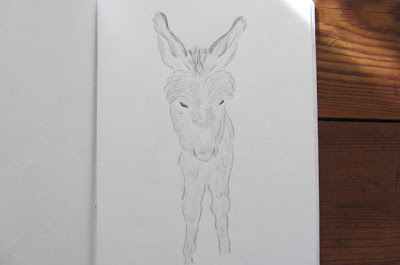 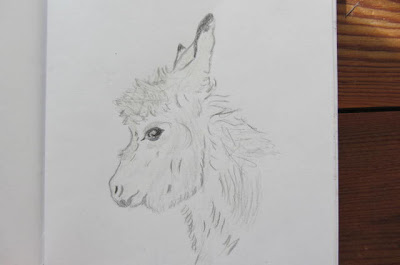 Yoshi with his mom, Ocean 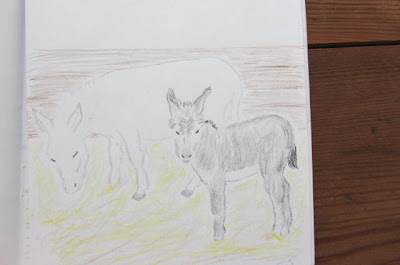 Now, this little Yoshi below, was taken at the proper angle- blogger refuses to acknowledge that - tried to crop, then rotate, save as, etc - blogger will not show this upright!! Frustrating!!!!! It was taken exactly as the others were, and they are loading properly. 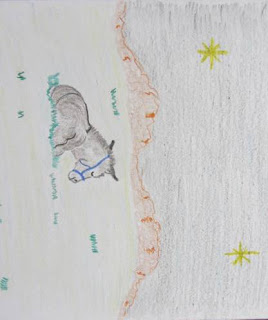 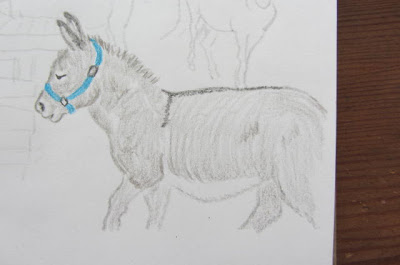 Naughty Yoshi - I discovered he likes to nibble on tails - two GORGEOUS flowing tails are now "trimmed" on the outer edges!!!!!! 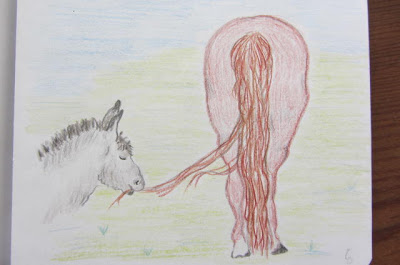 There were a couple more, but they are not loading properly, so I will save them until another time.
Posted by ooglebloops at 9:13 AM