Last week, when the hay rack got dragged out for the winter, the question came up - what about Yoshi???
I thought I would probably just pull a board out of the hay rack, so little Yoshi could get at the hay. Right now, he can reach the full round bale, if he stretches his neck, but when it gets eaten below the top rail, he'll have a problem.
Not to mention, when the big guys eat, he comes away covered with what falls out of their mouths!!!
So, Mr. Green Jeans made a Yoshi sized square bale hay stand to match the large round bale one he made for the big guys! 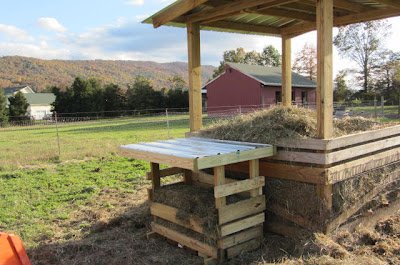 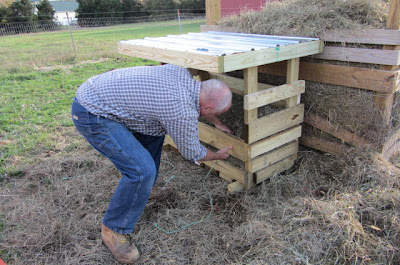 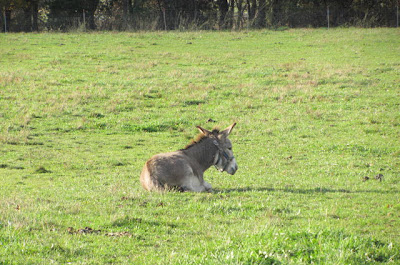 Ears forward- all cautiously checking this thing out!!! 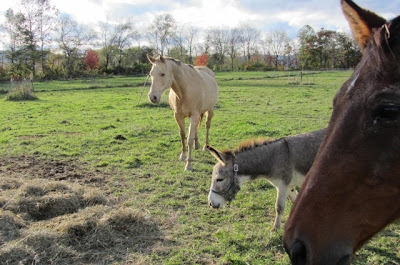 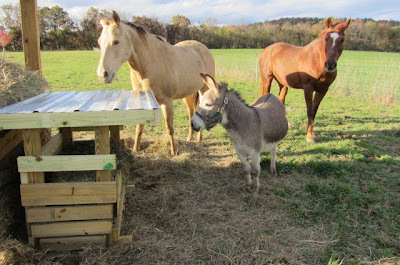 Cisco, the buckskin, is checking it out also. If it has food in it, he's right there!
A few seconds after the above  photo, Yoshi got a bit closer, Cisco ate some hay from the big rack, and dragged it across the little tin roof. The nails on a chalkboard sound sent Yoshi flying (below)! 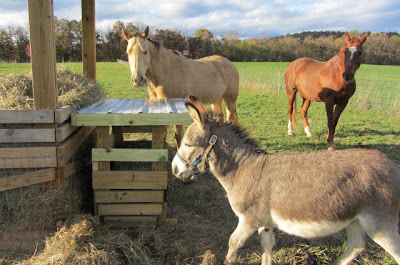 But, he was soon right back, checking out the hay in HIS little rack! 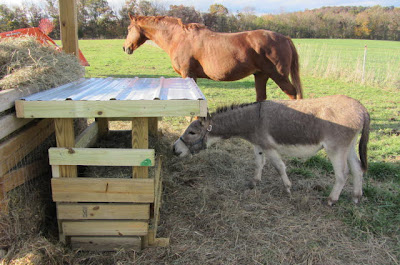 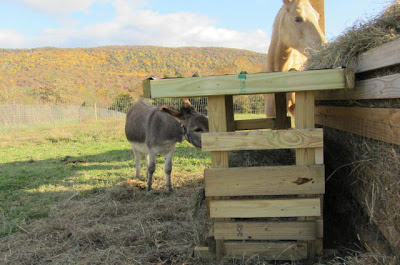