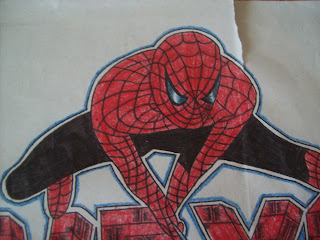 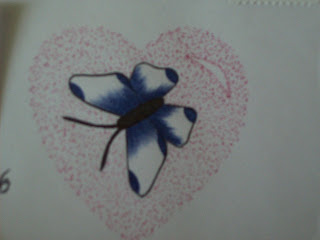 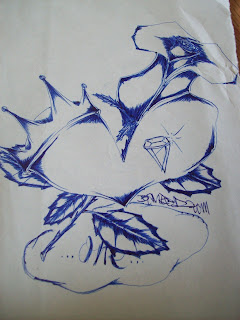 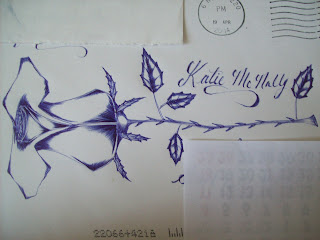 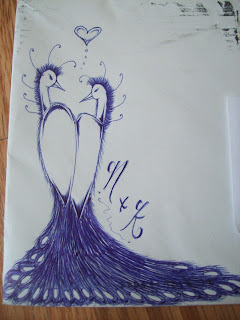 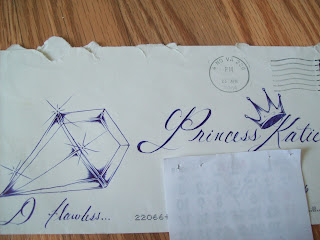 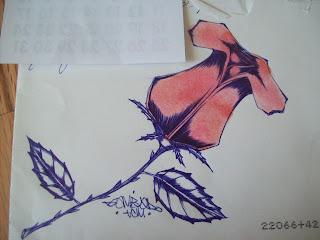 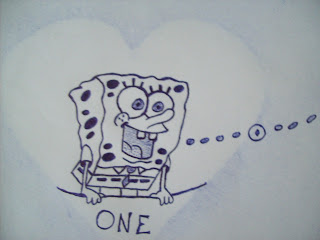 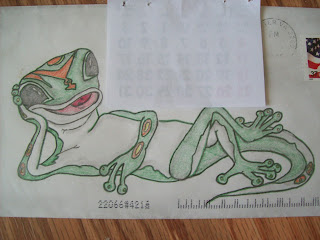 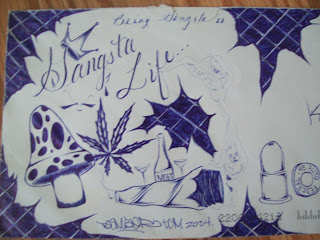 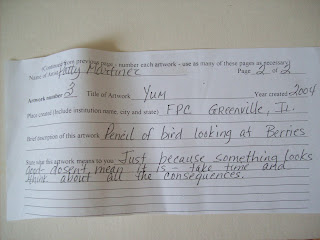 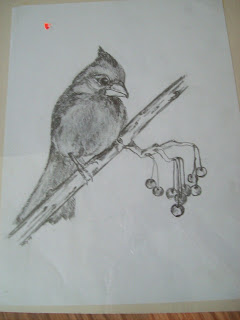 I was working all day yesterday on organizing my studio (pix in another post soon).

I came across a pencil sketch I discovered at the thrift store.

It was created by a woman inmate, incarcerated in Illinois. There is apparently a Prisons Foundation Arts and Crafts Show, and her little sketch sold for $20!! I got it for $1 - and I love it!!
That reminded me of some other sketches I had tucked away.

Some years ago, when just out of high school, one of my daughter's friends ended up in jail. He would write to her - not something I encouraged when I found out about it. He was not an artist, but some of the people he knew in jail were. As he explained to her, the inmates were only allowed to have the ink cartridge part of the pen - not the whole pen- that could be used as a weapon! And, I think, at the end of the day, those ink cartridges had to be all accounted for and turned in.

So, with the tiny ink stem, some of these hardened criminals, were able to create some seriously talented art! I only hope, that when released, some of these guys were able to turn their lives around with their art. One of the designs probably tells why the artist was in jail-lifestyle choices......!!!