When the temps hit the upper 80's- where would you want to be??? 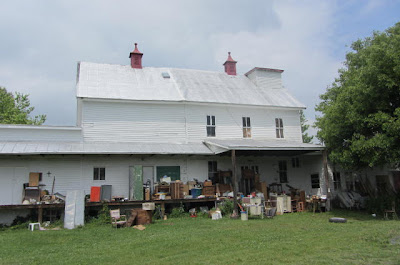 At one time it was an operating seed mill, but now, it is a fabulous catchall for all manner of antiques, junque and cool, needful stuff!!! 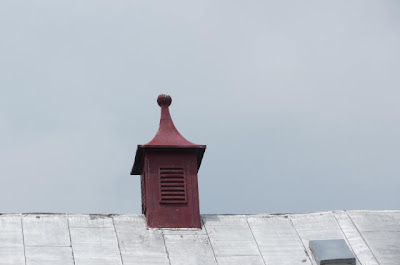 It's a place the American Picker guys would LOVE to be knee deep in!!!

Owned by Ann Austin and her husband, Sandy, the mill appears to have all of its inner workings intact. 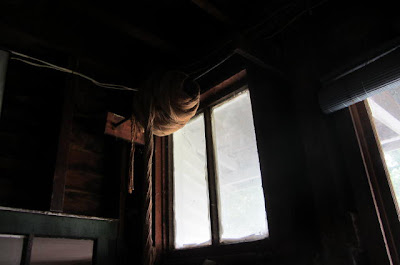 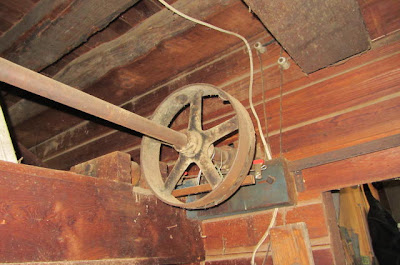 It even has an outdoor light fixture that has been glowing almost continuously for at least (if not more) 35 years with the same bulb!. That has got to be a Guinness Book record for a light bulb !! Ann was told by the previous owners that they always left the light on, because when they turned it off, it was sometimes hard to make it go back on. So, they just never turned it off- and neither has she!!! 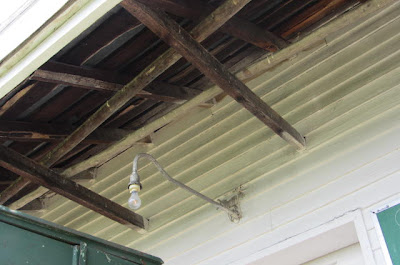 When I first pulled up to this building, next to the railroad tracks, in the tiny 120 mailbox town of Quicksburg, Va, I was intrigued. Not only by the vista spread out before my eyes across the railroad tracks, but by the pile of STUFF  on the porch and outside of the mill ! It is a packrat, dumpster diving, junquer's DREAM !!!! 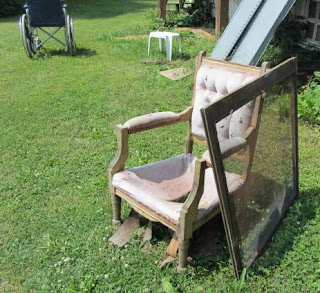 You must be prepared, I discovered, with good shoes, a bottle of water, sometimes gloves and a flashlight. Altho' there is ample lighting within the building, quite often, there is a dark and hidden corner chock full of treasures that you might miss- without that flashlight!!!LOL 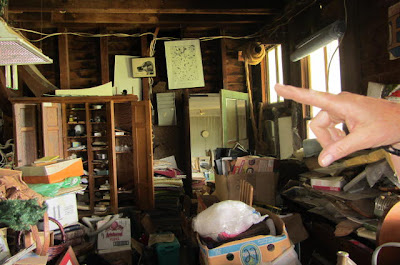 It is almost overwhelming- a place you cannot cover in just one short visit!
Not that it's a huge building- but, just that it is crammed full of everything imaginable. Anne told me one man came and actually hung around for 5 days, just so he could make sure he did not overlook anything!!!

The book section is a bibliophile's dream! 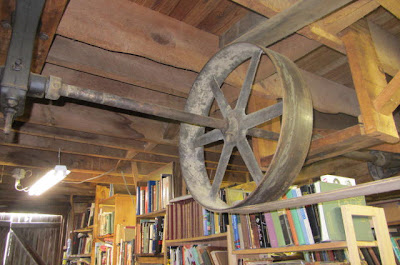 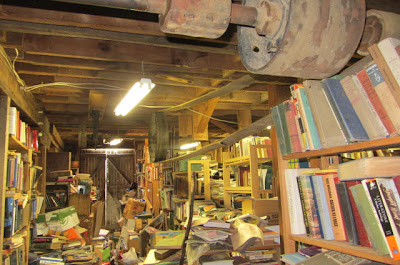 As jumbled as the interior is - Ann Cain Austin knows exactly where everything is! 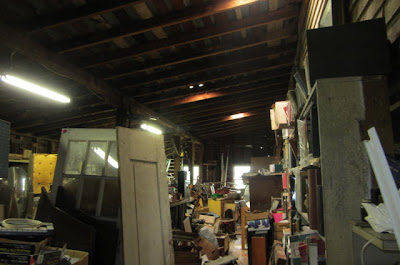 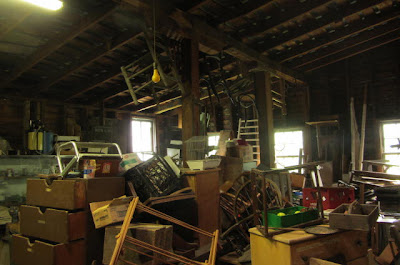 A kind and entertaining soul, Ann used to own a business furniture store in northern  Va- in Arlington and Vienna. Her business started with furniture, she kind of segued into selling fancy, vintage fountain pens, which led to her to collecting and selling antiques and more antiques, and widening her inventory.
Quite impressive, Ann Cain was a VietNam War widow, running her office furniture business on her own. She  told a story, of a movie producer coming in to her shop one day, offering and paying her $700 ( a princely sum at the time) to close up shop early, so his movie company could come in, and  use her shop as a backdrop for several scenes in the film they were shooting.

Ann's equally colorful cohort and now husband, Sandy, is a WW II veteran and a retired sheriff of 40 years.He even wears a sheriff's star belt buckle!!
Oh, the stories they can tell!!! It's as much fun to sit and chat with them, as it is to rummage thru' the mill! 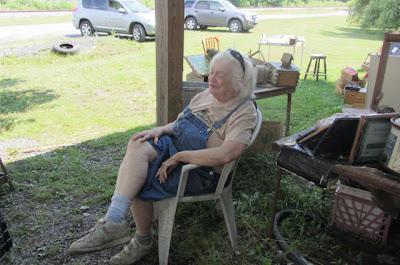 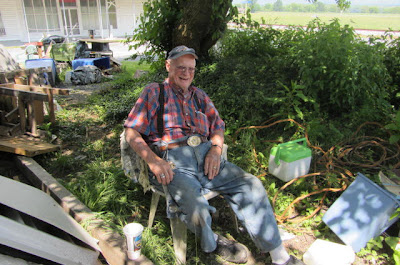 I first went on Thursday, after hearing some ladies talking about this little treasure of a shop. It was closed, but there was a phone number on a chalkboard outside the building. I took a chance and called - Ann kindly said she would be right down - she lived a few doors up from her mill.
One thing led to another, I mentioned the place to  some friends, and they met me back at the mill on Friday! Several hours later, and a car full of treasures later, sweaty and exhausted, we left Ann and Sandy, with promises to be back on Saturday- and maybe even Monday!!!

I think I have blown most of my discretionary income for the month, at the mill - but, I know there are more treasures to be found. Since most of my money, lately, has been spent on horse feed and vet bills, I felt I was due for a little antique splurging!!! (pics of my finds,and some I had to leave behind (!) will come soon in another post!)


The mill is really only open twice a year - Memorial Day weekend and Labor Day weekend. But, I bet, if you call the number on the chalkboard, Ann will be more than willing, if she is home and able, to come down and open the doors and welcome you in!

Posted by ooglebloops at 4:18 PM